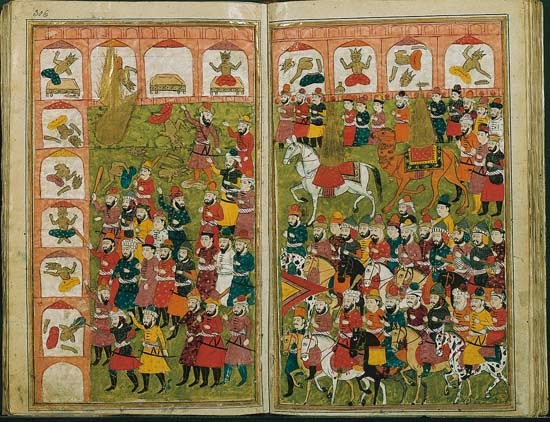 Muslims often ask me why I left Islam. What strikes me is that Muslims can’t seem to understand that renouncing Islam is a choice offered to everyone and that anyone has the right to do so. They believe anyone who leaves Islam is an agent or a spy for a Western State, namely the Jewish State, and that they get paid bundles of money by the governments of these countries and their secret services. They actually don’t get that people are free to think and believe in whatever suits them.

Before we begin, I would like to emphasize that by writing this article, I did not mean to imply that Christianity or Judaism were better than Islam, and the reader should not fool himself into thinking that I only reject Islam among religions, all of which are to me a bunch of mind-blowing legends and a pile of nonsense that compete with each other in terms of stupidity.

First of all, I had to remove the sacred envelope the Charia (Islamic jurisdiction) was shrouded in, so as to question, challenge and study it with the sharp eye of a truth seeker, not that of the bearded sheikhs who proceed to a massive brainwashing of their audience, promoting Islam as a religion of peace, brotherhood, mercy, justice and equality; a religion that saved women from a sad fate and granted them a better status, in addition to applying social justice.

Here is a list of the reasons that led me to apostasy:

Is Islam a religion of tolerance?

Islam is an authoritarian religion that does not respect the individuals’ freedom of choice, which is easily noticeable from its barbaric verdicts such as stoning the adulterous, pushing the homosexuals off a cliff and killing the apostates for daring to express a different viewpoint. Then there is the plight of other religions’ followers in the Muslim State. Islam urges its followers to fight the infidels until they convert or agree to pay a tax known as "Jizya" per capita in total submission.The sacred texts in Islam also encourage blatant war and conquest of new territories to spread the religion of Muhammad, instead of using peaceful means to convey the message, relying only on a rational argumentative scheme; something that Islam, like any other religion for that matter, evidently lacks. It is simply a terrible insult to human values and a proof of unprecedented dementia

Is Islam a religion of human brotherhood?

I was flabbergasted when I learnt the commandments of Islam regarding the alliance and disavowal and the aberrant division of the world into believers and unbelievers, with all the outrageous provisions this implies for the "Dhimmis" and the” Jizya "!

Is Islam a religion of equality?

Islam presented the Quraysh tribe as “the chosen tribe” to rule over the human race. Muhammad did not grant a single political responsibility to a person that was not from his tribe. Islam has legitimized slavery, reinforced the gap between social classes and allowed stealing from the infidels, taking women in captivity (Sabaya) during wars and sexual abuse of women slaves (Ima’a). It has severely damaged the marital relationship with the laws of dowry (Mahr) and divorce, thus transforming the institution of marriage into a common transaction.

Is Islam a religion of social justice?

Some of the most outrageous principles Islam has legislated are looting and robbery as well as the exploitation of the people oppressed by the taxation system of Al-Jizya. It acknowledged the social inequality by imposing the Zakat, in accordance with the following saying: “a grateful rich man is better than a patient poor man”.

Has Islam been fair to women?

A woman in Islam has less reason and faith. She interrupts the prayer, just like donkeys and black dogs and is considered to be impure during menstruation. She is only entitled to half the inheritance of a man and her testimony in the court of justice also counts for half of that of a man. Islam put her under the guardianship of her husband and predicated the approval of God on obeying her husband. A man also has the right to correct his wife by beating her and / or deserting the marital bed if she refuses to submit to his will. She has no choice when it comes to satisfying his sexual desire whenever he feels like it, with no regard whatsoever of her feelings and desires. I am not a feminist and I am not one of those who defend women passionately against the countless forms of injustice they have suffered for centuries because of religion, but I have a mother, a sister and a lover and I cannot stand for them to be humiliated and stigmatized in this bone-chilling way, because they are my dearest and I love them too much to treat them with this flawed and nauseating manner which debunks undoubtedly the claim that Islam is a religion of equality and freedom!

Islam and the human creativity

All forms of artistic expressions are banned in Islam: music, singing, dancing, painting, sculpture, acting, but also literature, poetry, philosophy and the use of logic! If you find this too hard to believe, I invite you to refer to the reliable Islamic sources as well as Muhammad’s quotes to make sure I do not exaggerate and am only stating the strict truth.

Islam is rich in allegories, starting with the myth of the Oracle (word of God communicated to Muhammad via the angel Gabriel), all the way through the so called Night Journey and Ascension ( Al-Isra’a & Al-Me’eraj) when Muhammad supposedly ascended into heaven on the back of a fantastic animal called "Burâaq" flying at the speed of light, to finish off with the dazzling tales of miracles that no one has witnessed and no civilization has enrolled in its historical archives nor mentioned facts that could back up these allegations.

Islam is therefore based on blind faith that grows and takes over people’s minds where there is irrationality and ignorance. If this ideology had assets of persuasion by appeal to reason and logic and has tackled every aspect of the human life as we ex-Muslims have been told ever since we can remember, why would it resort to incredible wacky stories to prove its accuracy and support its ideas? Isn’t that worthy of liars and impostors? Do not forget the glaring contradictions between the sacred texts and the basic scientific truths, such as the fact that the earth is fixed and that the sky is raised above the ground and held without pillars, and that meteoroids were made for the purpose of stoning demons who spy on humans from up above.

The Scientific Miracles in the Quran

We ex-Muslims all know the absurdity, the forgery and the swindling of the sheikhs who claim the existence of scientific miracles in the Quran, and I find it legitimate to ask why these people fabricate one colossal lie after another around religion. The answer is simple: only a web of lies is able to perpetuate another lie. Islam could not hold for long in front of science that reveals its myths and its undeniable weaknesses one after another, such as the assertion that the earth is flat and that two people breastfed by the same woman become biological brothers. These people protect Islam and prevent it from wearing off and perishing by desperately trying to reconcile it with science using deception and distortion. If Islam were a divine religion and a message sent from the creator of the universe, would it be the laughingstock of the scientific sphere and a target of endless criticism?

He is a primitive, Bedouin and anthropomorphic God who draws his characters from the human world and experiences feelings of anger, revenge, resentment, superiority, etc. The image of God that has been depicted in the Islamic sacred texts pretty much reflect the human civilizations, like the majestic throne carried by the angels, on which he slumped when he finished the process of creation, which brings to mind the ritual of the Honga-Bonga perform with their head of their tribe. Worse still, some human actions, such as homosexual sex (in which even the Honga-Bonga do not meddle), can make this magnificent throne shake. Here is a transcendent hadith that caught my attention: "Any work done by the son of Adam concerns only himself, except fasting which is mine and I give its reward."

The question that torments me is this: What pleasure the Almighty God may find in all these poor people worshipping him? What good would it do him?

The prophet of Islam and the Quran

Muhammad was no different than barbaric thugs who slaughtered, robbed and raped women, there are many proofs in the Sunnah, I invite you to do your homework before accusing me of lying for the sole purpose of damaging the image of the prophet of Islam. He was a sex maniac, and went around all the laws he has enacted to appease his voracious desire. He has torn humanity and imprisoned the nation with backward and outdated Bedouin laws. He accomplished no miracle that could prove his prophecy; all he had was a book showing strong similarities with the poetry of his contemporaries, full of scientific errors and philosophical dilemmas.

Conclusion: I probably need to write a whole book to talk thoroughly and sufficiently about the reasons that led me to renounce Islam as a religion, but these few items listed are the most important things that intrigued me and pushed me to rethink the essence this hollow faith which, just like any other religion, a mythical ideology put at the service of politics 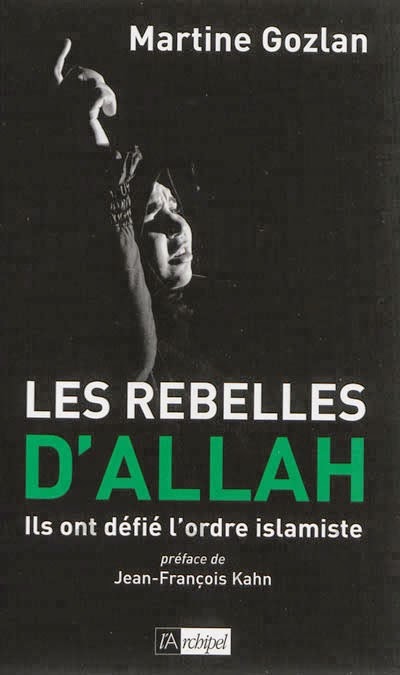